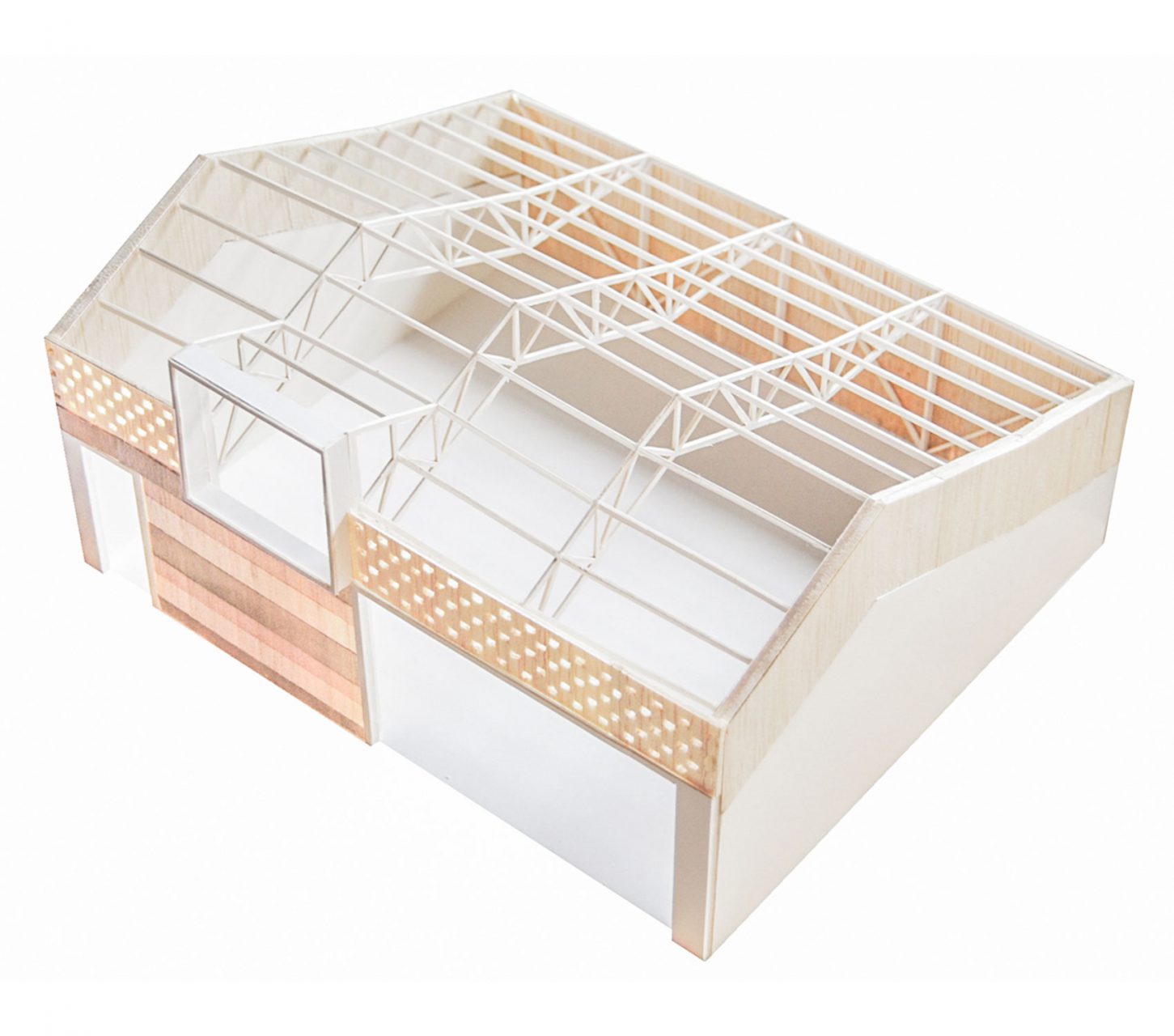 info
Overcome time maintaining the continuity of the urban geometry through a metallic roof, which protects and fill out of light a stone and clay perimeter.
Build in a void open to the Street, which preserves three party walls of a previous construction, demolished some years ago. The party walls give us the size of the old construction, and provide us data about the evolution of the materials and constructive systems of the traditional architecture: two Stone walls that draw two slopes separate us from the adjacent houses, and a newer brick wall separate us from the subsequent plot.
The stone walls show a slight change of slope in the posterior part, allow us to guess a small extension from the original volume. The facade, originally made out of Stone, was demolished not long ago. The new warehouse is intended to settle above the existing perimeter remains through a light metal structure, that covers 12m, the total depth of the plot, reproducing the geometry of the original volume 1.70m above, as if we took a new sediment in a succession of inactive geological strata that come alive again.
x